BRIDGES OF THE HEART: TO BURN OR SALVAGE?

It is often that people warn you of burning the bridges you may need to cross again. This is all too true, but there are a few things that should be included as well.  Bridges are made to cross over water, but when the water has dried up and the other side of the bridge leads to nowhere, then what? 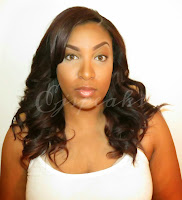 This is not an “everybody can’t go where you’re going” sermon. This is about honesty and time preservation. The truth is, even though the smoke irritates your skin, and the flames cause your eyes to water, the bridge is better off burning. Did it really lead to anything positive? Better?  Oftentimes, we search for function, in dysfunctional places. We think that because we love with our all, that people will love us, in the same proportion.  We become angry, because we will take shirts off of our backs for the people we love, and they won’t even acknowledge that we are naked.   This is not about how people treat you, but also how you treat other people. It aggravates me to no end, when a man complains about his partner not trusting him. He calls them petty and insecure. But he never mentions how he cheated on her, and in doing so, made her feel that she was not worthy of a faithful man. So many times, we focus on them and overlook the part we play. Some of us throw gasoline, and then hide our hands, as though we had no part in the bridge catching fire. And bridges that have burned are only an indication that we should not go back. If you have cheated on your mate 52 times, you should burn the bridge, as it will correlate with the sensation you feel while urinating. And for you to have cheated that many times, the bridges’ wood, was already dead.
Some of us are stuck in relationships because we would rather stay in a dormant imitation of love than admit to our mother that we need to come back home. So you stay… sleeping in separate rooms, on a dead bridge.  Some of us are stuck in relationships, because we’re related. Pushed with guilt because “blood is thicker than water”, when in reality, NO ONE CLEANS ANYTHING WITH BLOOD, it’s always water.  So we stay, constantly supplying blood to leeches, on a dead bridge.  Some of us are in volatile relationships because our parents were in volatile relationships, and it is the only display of love that we’ve ever seen.  So we stay… bruised faces and swollen eyes, that refuse to see the truth anyway… on a dead bridge.  Some are walking back and forth on the spoiled wood of a bridge called employment. You are not going anywhere, nor are you growing anywhere. You are merely going through the motions, of work. And for some reason you refuse to burn the bridge.
Bridges are meant to be crossed, and most certainly some of them will be used more than once. But if you see the wood has soiled, and the termites have thrown their weight, why do you insist on being connected to a rotting bridge, especially if, even the water has disconnected itself?  The water, with no heart or mind, knows to dry up, where there is no activity..no motion..no growth..no nothing.  So why can’t we?  There are some relationships, for which I keep a fire extinguisher on hand. My marriage is one of them. My relationship with my mother is another. But there are definitely others for which, in the past..I smelled the smoke, and quickly put out the small fire.

I am realizing more and more, that every relationship, whether family, friends, or co-workers does not have to be salvaged. Not every relationship should be stretched out for so long. Some of us knew after 3 months of dating that he was a notorious alcoholic ..but we stretched it out. Now, ten years later, we can’t understand why our children hate us and we are so miserable. We keep getting jobs that are nowhere near our dream career, and wonder why we hate our co-workers. A lot of us sit in the parking lot for several minutes before we even go in, to work, it’s JUST THAT BAD.
In most situations, it is because we have voluntarily decided to be firemen, when we should have just been a witness to the blaze. So the next time, you smell smoke on the bridge, take a moment to think and be honest with yourself. Don’t just put out the fire, because you don’t want the world to walk passed you and smell smoke. Don’t put it out because you don’t want passersby to see the flames. Or you don’t want the neighbors whispering about the residual soot. Put it out because the bridge is worth it. Put it out because the bridge is steady and stable. And it leads somewhere.  And if it doesn’t, then I advise you to put on Usher’s Confession Cd, and take notes. Let it burn. 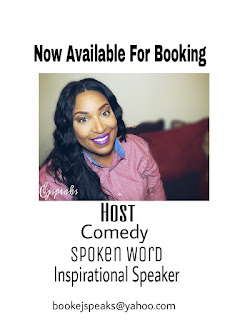 I believe in laughter. I think it is the best medicine...the best advice...the best mood changer. I think inspiration is the best reality check. If can inspire just one person, or even make them laugh, then I have succeeded. I would like to show you my side of life..the good, the bad...and most certainly, the funny. Thanks for coming!!!