5 REASONS WHY I'M LEAVING EARTH AND MOVING TO NEPTUNE


1.       Dylan Roof. To say that I’m upset about 9 black people being murdered during a prayer service, would indeed be an understatement. But to add piss to the wound, it seems that White Supremacy America has not only embraced his actions, but cradled him and his family in “their time of suffering, because THEY are victims too (INSERT THE DUMBEST FACE THAT YOU HAVE, HERE______)”. There are not enough blog entries and tweets or facebook posts to truly express my frustrations...I could go on and on about white supremacy and systemic racism, but honestly, I'm tired. I could post memes that depict the blatant differences of when a white person is the criminal vs. when a black person is the criminal, but what good would it do to a generation with no hands? We eat whatever is fed to us..never taking the time to stir up the food, or dissect the mashed potatoes, or lift up the the bun before eating it. We just consume whatever the media feeds us, and we become full…even engorged at times with lopsided journalism baked on a racist pan, in a slavemasters stove, but hey..its supper right? And furthermore, I feel that there should be additional charges filed....for that haircut.


2.       Rachael Dolezal. I’m not even sure what I feel about this woman. I just know that she’s helped the black community way more than I have and there’s a paper trail to prove it.  I do believe however, that she could have done the same good deeds as her own beige, Caucasian self. But she chose her race by whatever was convenient for the situation. OH HOW BLESSED AND MULTIRACIAL SHE IS!!! Black women don’t need replacements, we need mics and ears. People always assume that we are angry. Oh how contrary! We speak loudly because no one hardly pays attention when we whisper respectfully.  But on a lighter note, anyone who can sit for 4-10 hours just to get box braids on bone straight hair……….well let’s just say that, along with volunteer hours and advocacy and time, she also sacrificed those edges.  Chile.


3.       Brucelin Jenner, AKA Mutha Caitlyn. I still can’t understand why this made the news. And yes, I’m slightly jealous and biased, being that Caitlyn has boobs, but not a menstrual!!!  And the confusion of honoring Bruce for spending thousands of dollars (whether sponsored or not) to surgically remove one of God’s greatest gifts, and then badgering Rachael for going the cheaper route and spending $30 on a synthetic kinky wig and $11 on some bronzer just puzzles me. DEEPLY.  Either way, what someone does with their body should be a private matter.  And if I’m not mistaking…I don’t remember Star Jones getting the cover of Essence after those staples. J Not only that, there were so many more stories that should have been publicized! Did you know that the Hot N Spicy McChicken Sandwich is NOT sold at every McDonalds!? Clearly the media doesn’t report REAL NEWS!


4.       SOCIAL MEDIA. The fact that the world is practically crumbling with racism, hatred, twisted religions and horrible contouring, AND WE CAN STILL share fight videos, crack head videos, kiddie twerk videos and awful emotional posts decorated with erroneous grammar and hashtags is depressing.  I take long breaks away from social media. The consumption with everyone’s thoughts can be quite overwhelming….All of the subliminal posts, racially charged ignorance,  stereotypical comedy and even cracked windows to infidelity are just too much. I often think of all that Martin Luther King and so many others achieved WITHOUT social media…le sigh. I wish we did more living and less scrolling.


5.       CITIZENSHIP. Neptune, a place without racism and hatred, because everyone is purple of course. And because there is no wi-fi there, social media and all of the stories that come with it are just not accessible. This is in addition to the gas and groceries being much more cheaper in Neptune than on Earth; like...even cheaper than Rachael Dolezal’s wig. #winning 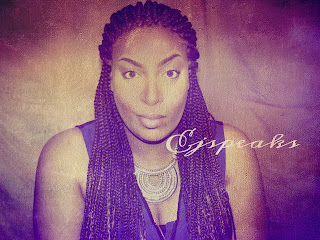 For Booking Inquiries for Stand-Up, Spoken Word or Motivational Speaking,
contact Bookejspeaks@yahoo.com
at June 20, 2015 No comments: